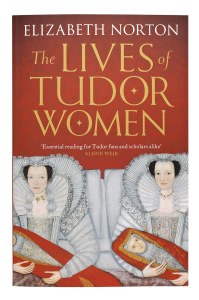 The Lives of Tudor Women

The turbulent Tudor age never fails to capture the imagination. But what was it actually like to be a woman during this period? This was a time when death in infancy or during childbirth was rife; when marriage was usually a legal contract, not a matter for love, and the education of women was minimal at best. Yet the Tudor century was also dominated by powerful and characterful women in a way that no era had been before.