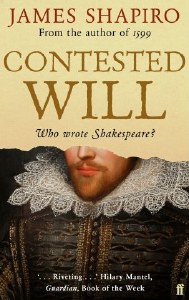 For two hundred years after Shakespeare's death, no one thought to argue that somebody else had written his plays. Since then dozens of rival candidates - including Sir Francis Bacon and the Earl of Oxford - have been proposed as their true author. Contested Will unravels the mystery of when and why so many people began to question whether Shakespeare wrote the plays.