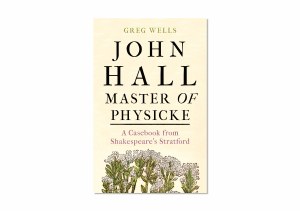 John Hall Master of Physicke: A Casebook from Shakespeare's Stratford

John Hall, Master of Physicke: A Casebook from Shakespeare's Stratford

This is the first complete edition and English translation of John Hall's Little Book of Cures, a fascinating medical casebook of 178 treatments spanning over twenty years and originally composed in Latin. John Hall was Shakespeare's son-in-law (Hall married Susanna Shakespeare in 1607), and based his medical practice in Stratford-upon-Avon.

Readers have never before had access to a complete English translation of John Hall's casebook, which contains fascinating details about his treatment of patients in and around Stratford.